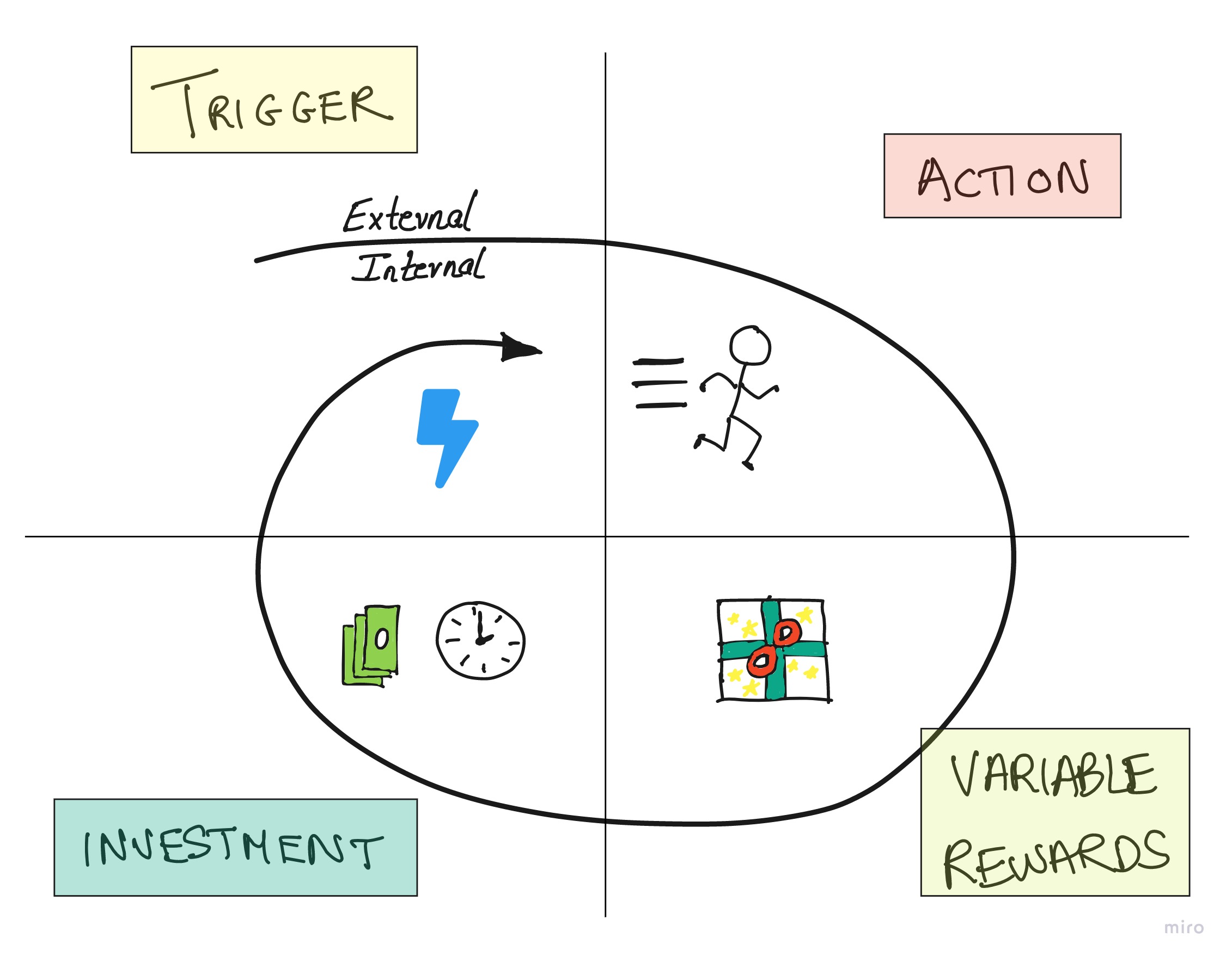 Habits are defined as automatic behaviors triggered by situational cues.

Habits give us the ability to focus our attention on other things by storing automatic responses. Our brain takes a shortcut and stops actively deliberating over what to do next. The brain then codifies behaviors that provide a solution to whatever situation it encounters.

New habits are hard to form and easy to lose. To convert a behavior into a habit, it needs to happen frequently and deliver high utility.

Habit forming products are both Painkillers (solve an obvious need, relieving a specific pain, have quantifiable markets) and Vitamins (appeal to users emotional, rather than functional needs.)

The hooked model is a 4 step process to building habit forming products.

A trigger actuates the behavior by providing the spark. There are two types of triggers:

The author’s rely on BJ Fogg’s Fogg Behavioral Model to illustrate the MAP method for when people will take an action. 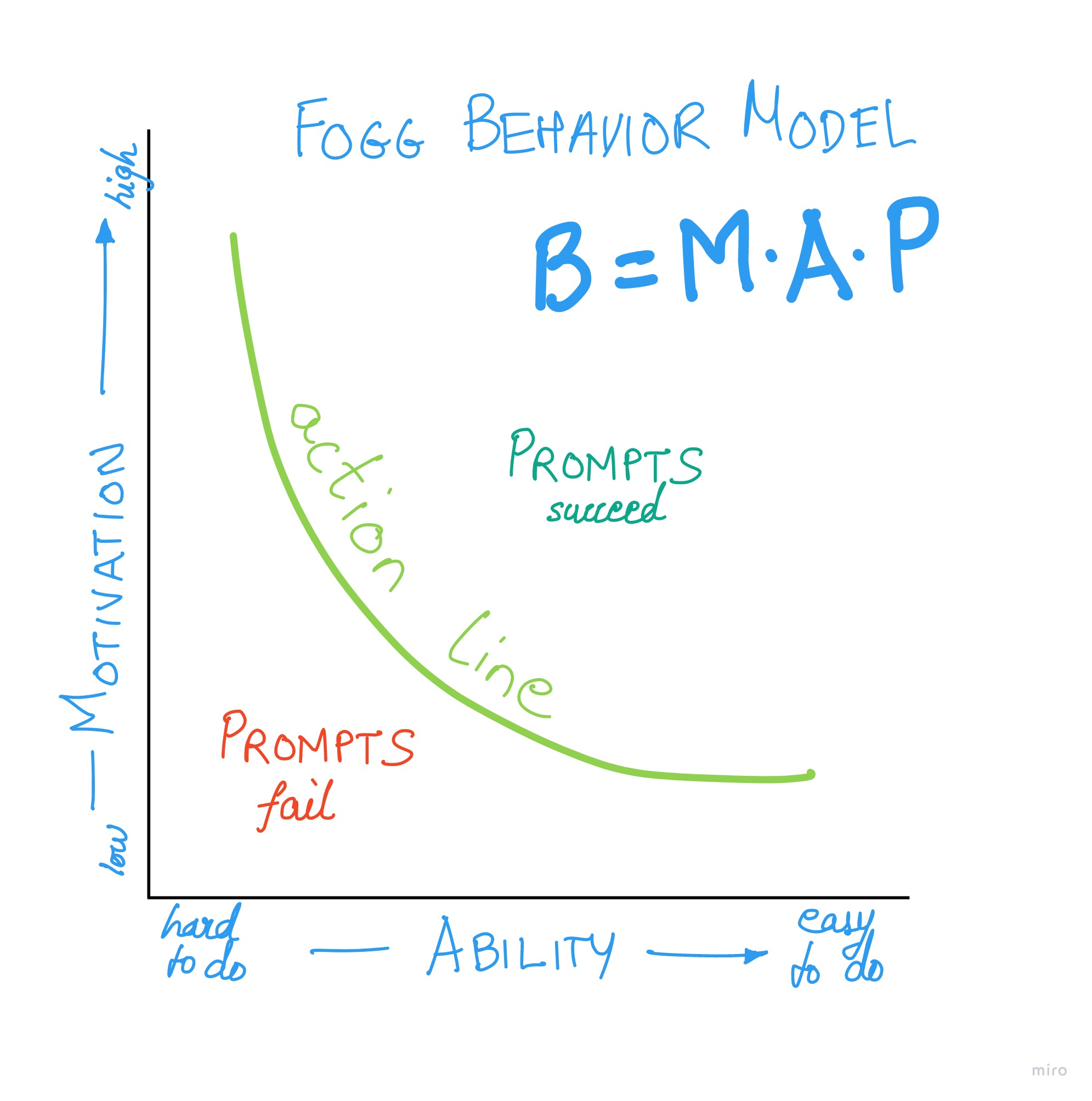 Some hearistics to increase motivation:

The variable part is important. Without that, we have a vanilla feedback loop.

Getting users to do a bit of work increases the odds that they will make another pass through the entire cycle. Strategies include:

Escalation of commitment: the more users invest time and effort into a product or service, the more they value it. Heuristics to understand why this happens:

Storing value: getting users to store value in your product increases the chances they will use it again and reduces their propensity to churn. Ways to create stored value: